2018 Strippers and Strip Clubs LIFE HACK Tricks - A Must See!

Here Are Some Tips For Getting The Most From A Stripper 💋

This section includes some tips (from bachelorpartytips.com) on how to get the most from a male or female stripper.

The guide is color coded:

Blue is primary for the boys

Pink is primarily for the ladies

Green is a go for both

Red is not really recommended.

Plan Ahead - As with anything, you've got to remember the 6-P principle: Proper Planning Prevents Piss-Poor Performance. Things to plan include:
Will the stripper come to you or will you go to them?

Do you have an adequate location?

Do you have adequate transportation?

What exactly do you want to see? Please don't let the law cloud your judgement here. Breaking the law at a bachelor/bachelorette party is par for the course.

Shop And Ask Around -There is always someone who knows more than they should about strippers. Find out which of your friends has spent too many singles lately and find out what they know. Be warned, strip clubs change personnel rapidly. A club that had the best strippers last year could be struggling now. The same is true for home stripper services.

See Pictures - It isn't a bad idea to look at what you are ordering. It might require a visit to the stripper's agency, but it might be worth it. After all who doesn't want to spend five minutes looking at Hot bods in bathing suits.

Get Something In Writing - An agreement is writing is all you will have if the stripper doesn't arrive, is four hours late, doesn't perform, etc. Remember, you are dealing with questionable folks here. If they were reliable, responsible folks they would have a real job.

The stripper is late: HOw punctual can a person that does THIS for a living be? Any more than an hour late is a buzz kill. (it might be a good idea to schedule the stripper to be done in time to hit the strip joints afterward).

Bad seats at the strip bar: Call ahead to get better seats and a break on admission. The time to negotiate is not standing at the door. What are you going to do, leave?

Ugly stripper. Some of them are really ugly. The more remote your location the uglier they will probably be. Not everyone is willing to take off their clothes for money.

Bride or Groom is not the center of attention. Make sure the stripper knows who the guest of honor is.

The law doesn't allow anything fun: This is a problem. It is not unsolvable however, you just have to do some more work. Find someone that knows someone that can get the real thing. Find out which strip clubs are breaking the law these days. I'm sure one of them is.

No Sober Form Of Transportation: This can be a common occurance. The D.D. has a few too many. Ouch. Pick your D.D. carefully.

You bought stripper drinks all night, paid for ten lap dances and the stripper does not go home with you: You are an idiot. Give up now.

Licking Lesbians Might Not Cut It - I have a friend that judges a bachelor party by how kinky things get. Actually, every guy I know judges a bachelor party this way. If you want kink, you've got to agree to it up front. Make sure the stripper(s) will bring their own equipment and try to get an agreement that they will use it. Otherwise you might pay for Lesbians and get two girls hugging. Like Larry Says "If I see one more Lesbian show without a double-@!(@* I'm going to puke".

You Might Not Like What Is Under That Thong - Male strippers generally "tie it off" or use a cock ring to maintain their erection. Let's face it, dancing in front of a crowd of drunk women isn't a turn on after the first three times. So you might not want to see the device that was necessary.

A Fiver Isn't Worth Five Singles - The stripper can't tell the difference between a five and a single from two feet away. Besides, five bucks isn't going to get you anything. See the idiots a the end of the bar, they are plopping down twenties and fifties and when the night is over they will be just as lonely as you.

Keep the money close to home - Don't throw money at the stripper. That is a waste. Get them to sing for their supper baby!

Put a rolled up single behind your ear.

Put a buck in your back pocket and scream "Grab it if you want it!".

Put a rolled up single in your cleavage.

No Cash Advances - The biggest scam going is for strip clubs to give you a cash advance on your credit card. Of course there is a surcharge. Sometimes I hear it is upwards of five bucks. There is nothing like making budgeting decisions with a strippers butt in your face. Decide how much bread you are bringing and stick to it. Hide an extra twenty bucks in your shoe. Your friends will think you are terrific when, after you close the last bar you can buy everyone grilled cheese sandwiches at the all night diner.

Lap Dances Should Be Done In Private - That way you can lie about what happened. After all, who wants to say that you wasted 20 bucks and all you got was a quick feel. It is much better to tell your friends some lewd tales the next day.

Learn The Real Rules By Watching Guys With Tattoos - Any strip club has regulars, they know what you can touch. They have tattoos. They sit near the stage. Watch them.

Hookers and Gigolos - You might want to think twice about this. Even if you have thought that it might be exciting, have you considered these factors:

Your friends will either be disgusted or will be pounding on the door to be next.

You may not be the first that night. Heck, you might not even be in the first ten.

You are one condoms thickness away from a venereal disease.

You really aren't that good.

Tattoos or No Tattoos - I once commented that I didn't like strippers with tattoos. One of my friends said that he did. We had a little discussion. Another friend pointed out that if you look around the strip bar the guys spending all the money have tattoos and they like tattoos. I guess strippers with tattoos just know their target audience a little better.

A Strip-O-Gram - Any place cute enough to call it a strip o gram, isn't cool enough to show anything hot. Do you really want to shell out a couple of hundred bucks and then not see any genitalia?

Lying - When telling the story to your girlfriend or boyfriend always do two things:
Add one item of clothing to the minimum that the stripper had on. If they were nude, say they had on a thong, if they had a thong say it was underwear. If they wore underwear, shoot yourself, you are an idiot.

Always leave out the raunchiest part and emphasize the cutest. Don't talk about the part where the lesbians had sex with each other. Talk about how Bob was so drunk he fell asleep before the stripper arrived.

You spent 10 dollars in singles. Everyone knows ten bucks can't buy enough to get you in trouble.

What is it With The Bodyguard Guy - If he is a little guy, they say he has a gun. If he is a big guy he doesn't need one. I never figured I'd test them. Be my guest though. Let me know how it goes (if you survive).

Avoid Up selling - Don't buy the strippers anything. This is called "up selling". It is the act of getting customers that have entered the club to spend more than they expect. First it was admission, then a six dollar beer, will you continue with a ten dollar lap dance, a twenty dollar private dance, buy the stripper a drink (for ten bucks), One hundred might get you into a shower with two strippers (hmmm, maybe up selling isn't too bad).

Be Wary of Pay-In-Advance - If these people were honest in business they wouldn't be exploiting people. If the stripper didn't have a cocaine problem they wouldn't be dancing for a living. Scumbags and coke-heads aren't the kind of people you should trust to make good on a promise. If you have to pay 1/2 in advance do so. Don't expect much if you pay everything up front.

If you are the groom, don't wear underwear - Everyone has seen the stage show where the stripper takes off the grooms pants to writer her name on his underwear. We have also seen the group of strippers give the groom a wedgie. How about when the strippers tear the waistband off his tighty whities. Give everyone a show, leave the underwear behind. 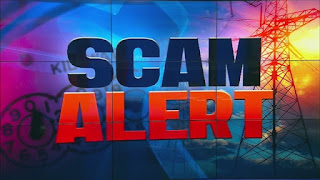 What Does It Take To Become A Stripper In Atlanta Georgia?

Not Just Anyone Can Become A Stripper In Atlanta Georgia Dancing Private Parties There are 4 main factors to be a stripper which one must on...