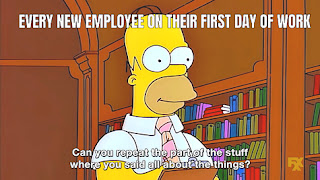 This is dedicated to anyone considering becoming an Exotic Entertainer/Dancer,

The first day I became an official "Male Atlanta Stripper", or as I like to call it, "Exotic Entertainer", I got to my gig and was handed a Cowboy Outfit. I had on the hat, boots, tight jeans, white tank and red & black short sleeve flannel shirt. Everything but the jeans and tank were provided by the Company. I've since learned to be ready for anything and have a few different wardrobe choices on deck and ready to go. I keep a duffle bag in my truck with everything from "Construction Worker" to "Spiderman". I've even gotten requests to play a "Sexy Santa". I was originally told I was going to be a "Fireman" for this gig. In life you really have to just go with the flow.

I worked out the night before, so I was feeling pretty ripped, ready to rock my "Show". Since it was my first Gig with my first ever Adult Entertainment Company, I had to prove myself, not just for the Ladies, (especially the Ladies;) but also of the Veteran Male Stripper & owner of the Company I was hired by. I had to "Shadow" him this first run and prove I had what it took to go on Bookings by myself.


We were hired to do a Bachelorette Party, for about 30 Hispanic Ladies, or so we were told. Really about 10 showed up. I was asked if I spoke Spanish before I was Booked and of course I said, "Si, un poqúito Español.". I was always taught, if you're hired for a job, any job, and asked if you can do something, say, "Yes". You can always Google it. It makes you more valuable in any situation. Plus, growing up in New York, and the few years I lived in Los Angeles, I figured I could hold my own.


So, we get there and I'm ready to do my thing. Fresh memories of watching "Magic Mike" with Bae (you'd be surprised how many Strippers/ Adult Entertainers have meaningful relationships outside of work). I had never in the past desired to see this Movie but gearing up for my first gig, I figured what the hay, couldn't hurt right! It definitely prepared me for the opening Song we entered to, "Pony" by GENUINE, I broke out my best moves! Being of Jamaican Parentage and years of whining to Dancehall Music, was about to come in real handy, "Yaga Yo, Shabba!". At one point, I even lifted the beautiful Bride-to-Be off the ground, bouncing her up and down, her legs over my arms, her hands cupping the back of my neck, my palms doing the same to her lower back. This move has become a crowd favorite. It's not original but it is fun! She was enjoying herself and asked us to Entertain her friends.

Things were starting off great, or so I thought. When it came time for us to "work the room", we were both getting shut down, left and right. I put one chicas hand on my chest, and she pulled away. I was a little shocked and disappointed. Years of growing up insecure about my appearance came rushing to the surface. This feeling quickly vanished, as I noticed my colleague having the same reactions. So, I said, "F*@k it!" and I grabbed a chair and proceeded to seduce the audience by grinding on an imaginary, willing participant.  I could feel all eyes on me. Well, actually, I had my eyes closed. So, in my mind, that's how it was. I could feel their energy. Just when I was getting in my mode, it was time to go. There's a saying in this biz, "No tips, get out quick!". I say, "No tips, time to dip!". So, after what seemed like being there for the greater part of 15mins., we kindly excused ourselves and left. "Gracías por Tú tiempo, Señoras y Señ
oritas!"

My "Shows" have gotten way better and more fun since my first gig. I did learn from it though and that's what really matters. That and the $70+ I made in less than 20 minutes! "Schmoney!"